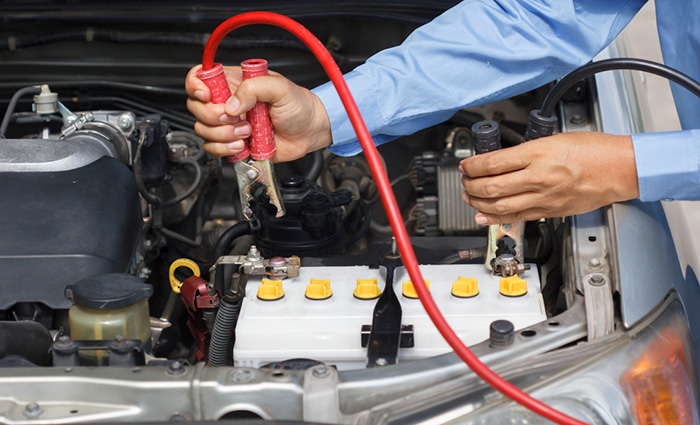 The main reason why a car can keep dying after you jump-start it is because the alternator is unable to produce enough power to keep the engine running.

The most common reasons why your car keeps dying after you jump start it is:

●    Problem with the alternator

The non-self exciting alternators require a 12 V power source to stay working. These alternators rely on the car battery for the completion of the voltage circuit with the exciter. Cars with this type of alternator will jump-start off a running car but die immediately when the jumper cables are removed and there is no battery.

When a car is being jump-started, the battery gets charged enough to run the alternator. But when you remove the jumper cables, the car runs only up to a certain distance and dies again.

A dead car battery is unable to produce any power to keep the alternator running. This leads to the car dying after you have jump-started it.

What to do if my car keeps dying after I jump-start it?

If your car keeps dying after you jump-start it, you need to replace the dead battery of your car with a new one.

Some of the tools you need for changing the car battery are an adjustable wrench, rubber gloves, lint-free rags, baking soda, water, a battery brush, safety goggles, and post-cleaning tools.

Here’s how you can change the battery of your car.

Can you damage a car by jump starting?

Yes, you can damage a car by jump-starting as it can cause damage to the electrical machinery of the car and sometimes even lead to a battery explosion.

Here’s the correct way to jump start a car.

How long does a car battery last after a jump start?

After a jump-start, a car battery may last up to two days, if the battery is old. If your car’s battery is dead because it’s old and you have jump-started it, it may not last any longer.

The battery will keep dying after jump-starting it. You will need to replace the battery in such cases.

How long does it take to charge a car battery after a jump?

You will need at least 30 minutes to charge a car battery after a jump. This time allows a sufficient amount of time for the alternator to charge the battery.

If you turn the car engine off and turn it on again, the car will start on its own. You will need more time if your car battery has been dead for a long time so that it doesn’t die again.

You must check the voltage of the dead and running car. The voltage must match to prevent damage to the cars. The cars must be parked close to each other but they should not touch each other. Always turn off the ignition and lights of both the cars. Put the cars in parking brakes. Safety precautions such as goggles and gloves must be taken before jump-starting the car.

How long should a car run after getting a jump?

The car should be running for a minimum time of 30 minutes to allow complete charging of the car battery. You can leave the car running in the parking lot or take it for a long drive, giving enough time for the car battery to recharge again.

You should connect the jumper cables in the right order and remove them in the reverse order according to the grounding of your car.

How long does it take to jump-start a car?

The time needed to jump-start your car may can range from 2 minutes to 30 minutes.

It takes only a few minutes to jump-start a car if the car has been temporarily dead because of the headlight left on, or some time lapse between two drives.

If your car battery is completely dead because it has reached the limit of battery life, it can take even more than 30 minutes to jump-start a car. The condition of the alternator determines the time required to jump-start a car as it is responsible for recharging the battery after the car has been jump-started.

Can a car battery be too dead to jump-start?

Yes, the battery can sometimes be completely dead that it won’t even jump-start anymore. This happens when the battery discharges below the range of 12 V and it stays in this condition for a long period.

A battery may become dead because of the accumulation of leaks, grease, and rust. In addition to this, the temperature conditions of a place may make the battery dead.

To prevent the battery from being too dead to jump-start, you can get a power source like a new battery or a running car. Park the dead and running car in neutral mode, around one and a half feet apart. Put the cars in parking brakes. Turn off the ignition and headlights of the cars.

If the dead car is not charging, you may need to check the connections again and connect them properly.

Do I need to replace the battery after the jump start?

You don’t need to replace the car battery after jump start if it stays charged even after being driven around.

If the car battery dies again and again after jump-starting, then you should consider replacing the old battery as it may be dead. You can look for signs that suggest that you need a new battery for your car.

Remove the battery and clean the tray on which the dead battery was resting. You can clean it using a mixture of water and baking soda. Place the new battery and fasten the screws in the reverse order of removing them.

When I jump my car will it die again?

Yes, your car may die again if the car battery or alternator is not working properly and needs replacement.

The battery delivers electricity to the starter which further runs the engine. The alternators come into action and charge the battery.

When you jump-start the car and it dies again, it indicates a bad alternator that’s not charging the battery. If the car jump-starts and it cannot start again on its own after you turn the engine off, it may be due to a dead battery.

There are signs of a bad alternator like dim interior lights. The headlights glow brighter as you step on the peddle and dims as you slow down. This is indicative of an issue with the alternator. A growling noise before the start of the engine and the smell of burning rubber show a problem with the alternator.

Does a car battery recharge after Jump-Starting?

Yes, a car battery recharges after jump-starting only if the battery is not completely dead. The battery must not be discharged below the range of 12 V to recharge after the jump-starting.

If the battery voltage is above 12 V, then it will recharge after 30 minutes of driving around or just keeping the engine running.

Remove the negative jumper cables followed by the positive cables. Try starting the dead car. If it starts, let the engine run for 30 minutes. This should be sufficient time to recharge the car battery.