If the alternator in your car is burning out, there could be several issues with the interior components or other functionalities connected with them.

Common reasons for alternators burning out in your car are oil spillage, a faulty battery or incorrect mounting.

Overload due to additional components

Check if there is a lot of load on the alternator. This may be due to the addition of components like lights and stereo that draw high amps of power. Operating such components at maximum level will cause the alternator to get heated and finally burn out.

Ensure that the alternator is snugly mounted in place. Improper mounting causes issues with grounding and also pave the way for other electrical problems.

In case the alternator is overheated, that’s because it’s trying to charge an improperly functioning battery. If the battery voltage is more than 13 volts, it means the alternator may have burned out. 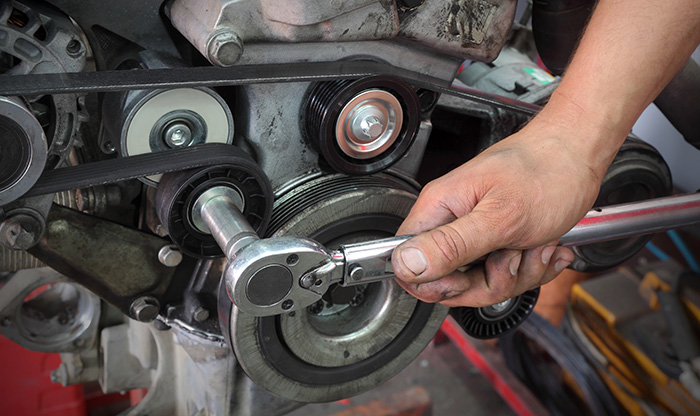 What would cause a car alternator to keep going bad?

A car alternator may keep going bad because it’s worn-out, the computer system has issues, damaged wiring, and a faulty fuse.

If the alternator in your car is five or more than five years old and you experience electrical problems often, then the alternator may be worn out or defective. The best solution is to have it replaced.

If the computer system that manages the car’s electrical parts has a glitch, it will directly impact the alternator. Even if the alternator is in good condition, it may keep failing while it is being charged.

If one of the wires connected to the alternator is damaged, then it would fail to carry out its function, resulting in the battery not getting charged.

There are numerous wires in a car that dispatch power to the alternator. If all other issues are ruled out, then you may need to check these wirings in your car.

When there is a gush of external power towards the alternator, its fuse may blow out. This will also cause the car battery not to charge correctly. You must inspect the alternator’s fuse by referring to the manual and check if it is blown.

If a pulley or belt that helps the alternator to produce electricity by providing mechanical energy is damaged, it can result in a failing alternator. Pulleys might last longer than belts but aren’t very durable. It would be ideal to check and have them replaced.

How to prevent alternator failure?

One of the best ways to prevent a failing alternator is to inspect the battery, spark plugs, oil, refrigerants, and splash shield of the car periodically. Regular car maintenance can also prevent alternator failure.

If the alternator is not functioning properly, then it’s likely that the spark plugs do not generate enough power to ignite the car or keep it functioning. If the car faces a starting problem without any proper reason, it might be time to check the alternator and prevent further damage.

The alternator may not function properly with low levels of oil and refrigerants in the engine. This may result in worn-out alternators along with damage to other components. It’s ideal to check their levels intermittently.

It’s essential to check if the splash shield in the engine has been properly installed to avoid the buildup of liquids and pollutants like dirt inside the alternator, resulting in its damage.

The car should be sent for service every few months depending on the make and model to ensure all components, including the alternator, are functioning efficiently and to prevent any issues or failure of its components.

How often do alternators last?

An alternator’s life span is from 5 to 8 years. The alternator can be replaced after the car runs for 80,000 to 150,000 miles. If a car is used regularly, then the alternator may last longer.

A grinding or whining sound from by the car’s engine is one of the giveaway signs of a bad alternator. An alternator contains many components that rotate while the engine is running.

Even if one of these components begins to work improperly or wears out, you may hear such a sound from the engine. You must immediately check the alternator in case there is such a sound.

What are signs of a bad alternator?

Some signs of a bad alternator are blinking headlights, a defective battery, unusual sounds or trouble during kick-start.

A blinking headlight is an initial hint that your car has a malfunctioning alternator. You can also check if the headlights start dimming as the speed of the car changes. Blinking and dimming headlights are key signs that the alternator is no more capable of producing enough power.

A battery that is defective or dead may also directly point towards a faulty alternator. It’s necessary to differentiate between a defective battery and a bad alternator.

If the battery gauge displays full charge without starting the car, then the battery is not the issue.

With a faulty alternator, the electrical parts attached to it will draw more energy from the battery resulting in its swift discharge.

Watch out for grinding and whining noises from internal components when the car is in motion. The sounds are most likely produced by the parts connected to a worn-out alternator.

If your car faces issues while kick-starting, one of the reasons could be a failing alternator. Alternators yield power between 13to 14 volts. The warning light will also get turned ON.

Can an alternator test good but still be bad?

An alternator can test good but still be bad due to a malfunctioning internal diode. However, such an occurrence is very rare. A digital multimeter is used to check the alternator diode of the car. The power yielded should not cross 0.5 milliamps if the engine is turned OFF.

Can you jump a car with a bad alternator?

You can jump start a car with a defective alternator to help you drive to the closest mechanic. However, only some cars support this feature. The jumper cables must be able to provide enough electricity to certain important parts of the car to set it in motion. Some of these parts are the control unit, fuel pump and fuel accelerators.

Can a bad alternator kill a new battery?

Yes, a faulty alternator can overcharge and eventually damage the battery. In contrast, an insufficiently charged alternator will result in a dead battery or accelerate its failure.

How do I know if my battery or alternator is bad?

Your battery is bad if the dashboard lights of your car are dim or flickering. On the other hand, the car’s headlights appear extremely weak or bright because of a bad alternator that prevents the battery from getting charged properly.

A few other giveaway signs help you understand if you have a bad battery or alternator, as mentioned below.

1.     Check if the battery is corroded. Clean it and jump-start the car. After a while, switch OFF the engine and restart the car ignition. If it fails to start, the battery must be replaced.

2. Check the age of the battery. An aged battery may not be able to retain charge due to worn-out metal inside it.

The average life of a battery is between 2-5 years, and it’s best to have it replaced after this period.

1.     If you hear growling noises from your car’s engine, then it could only mean that the alternator or the bearings have gone bad, and it would be ideal to inspect them both.

2.     If you sense a burning smell coming from rubber or an overheated wire, it means that the alternator is likely to have been damaged and/or overheated.

How to test the alternator by disconnecting the battery?

The steps to test the alternator by disconnecting the battery are:

1. Park the car on an even surface and ensure that its stability is not affected.

2. Uncover the hood of the car.

3. Kick-off the engine. You may face few challenges at this stage if the alternator has issues.

5. Disengage the battery and inspect if the car is functioning as before.

6. If your car continues to function like before, then the alternator is good and some other component may be faulty. However, if the car stops, the alternator has certainly gone bad.

How to test alternator with a multimeter

An alternator can be tested using a multimeter by following the below steps:

How to test an alternator without a multimeter?

You can test an alternator without a multimeter by following the steps given below.