Your car is likely to making a beeping noise due to an open hood, improperly shut doors, unfastened seat belts, or an electrical malfunction.

In cars like Kia, the beeping sound comes from the car when there is an open hood or improperly shut doors. These cars beep even if the hood is slightly open.

In the latest cars, the beeping sound may indicate that the driver’s and sometimes the passenger’s seat belts are loose and unfastened.

If the parking brake is still ON while driving the car, the cars tend to make a beeping sound to signal the driver.

The beeping sound may be from an alarm system that signals the driver about any electrical malfunction in the car. The alarm triggers a warning about a loose wire, a blown fuse and a low battery.

When the coolant level is lower than the ideal level, the car makes a beeping sound. The beep may also indicate that the coolant temperature is not of the desired temperature. 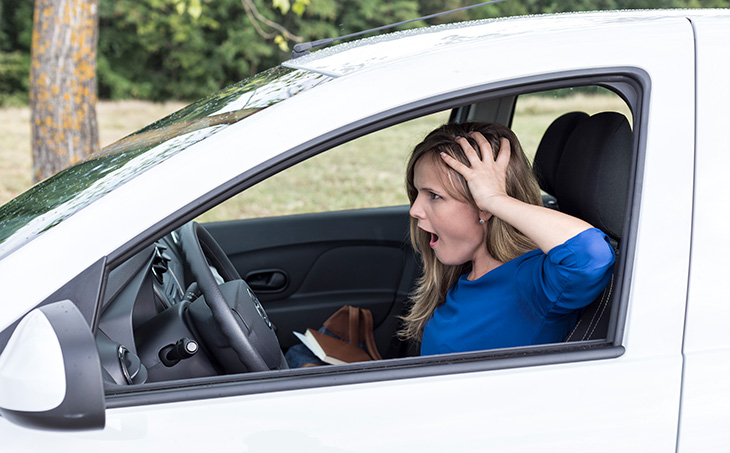 How do I stop my car from making a beeping noise?

To stop the car from making a beeping noise, you must first check the reasons behind the beeping sound.

You can ensure that the doors are locked, the car is turned on, ignition is turned on, alarm fuse is pulled, owner manual is checked or if the battery is disconnected. Any of these could stop the car from making a beeping noise.

There are two ways of stopping the car from making a beeping sound.

Why is my car beeping when I turn it off?

Fix the problem by following the steps below.

What does it mean when I hear a beeping sound from my car?

Why is my car alarm beeping when I open the door?

If the car alarm beeps when you open the door, it is because you opened it before turning the engine OFF. This happens in cars like Toyota Camry that comes with keyless ignition. To stop this beeping sound, you can try out any of the tricks mentioned below.

How to turn off beeping when the car door is open?

You can turn OFF the beeping with the car door open by a few turns of the key in different positions as given in the steps below.

Cars like Toyota Camry are equipped with keyless ignition systems. As there are no keys to put in and out of the ignition to remind the driver of the engine running, there are alarms to signal about the running engine.

How to disable the reverse beep on my car?

Does the car beep without a key in the ignition?

Why is my car making a constant beeping sound?

The car makes a constant beeping sound because of signals from the seat belt sensors, door sensors and warning lights on the dashboard. Modern cars like Toyota Prius are designed with security features like sensors that signal the driver about unshut doors, loose seat belts and ignored warning signs on the dashboard. Follow the instructions given below to stop the constant beeping sound of your car.

Why is my car beeping when parked?

The car’s proximity alert system is the cause for car beeping when parked. The system alerts the driver about any object close to your car. If your Chevy Malibu is beeping when parked and there is nothing near your car, you can turn the beeping OFF by following some steps given below.

Why is my car beeping when I lock it?

Your car beeps when you lock it to confirm that you have successfully locked it. This can become noisy and draw unintended attention. To mute this beeping noise from cars like Mazda CX5, you can do the steps given below.

Why is my car beeping while driving?

The car beeps while driving because of open or improperly shut doors or unbuckled seat belts. To stop cars like Hyundai Kona from beeping, try out the things given below.

Why does my car beep when going over bumps?

In cars like Toyota Prius, the car beeps when going over bumps because the traction control system, vehicle stability system and anti-lock brake system interact with each other. You can prevent the interaction by pushing the brakes while going over the bumps.

Why does my car make a beeping noise when braking?

If your Volvo XC40 makes a beeping noise when braking, it indicates low brake fluid or brake wear and tear. To fix this beeping sound, follow the steps listed below.

Why is my car beeping and won’t start?

When the car is beeping and doesn’t start, it’s because of a dying or dead battery. To fix this, you will need to jump-start your car using jumper cables and a running car. Here’s how you can jump-start your Toyota Corolla.

How to turn off Honda Civic from beeping?

To turn OFF the beep in Honda Civic, you have to turn the key in the ignition and then tap a few icons on the screen. Here are the steps to be followed:

How to stop my Ford Transit from beeping?

How to stop my Kia from beeping?

How to turn off Toyota Camry beeping?

The beeping in Toyota Camry can be turned off by inserting the key in the ignition and turning it in certain directions a certain number of times.

To fix the beeping sound in Toyota Camry, here’s what you can do.

The Toyota Camry’s alarm system can give you a headache if you ever lose the car’s keyless remote entry controller. This can even lead to your Camry not starting at all.

How to turn off beeping in Toyota rav4?

In Toyota Rav4, you will need to completely disconnect the alarm from the alarm box under the car’s dashboard to turn OFF the beeping. Follow the steps given below to turn OFF beeping in your Toyota Rav4.