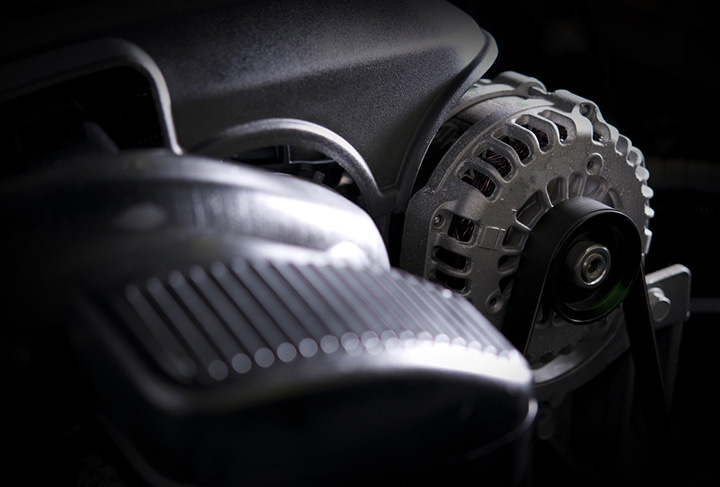 How many RPM does a car alternator need?

A car alternator needs a minimum of 2400 RPM and a maximum of 18,000 RPM during a normal range of operation. Car alternators produce maximum output at a speed of 2400 RPM.

The average output of a car alternator may vary from 40 amperes to 120 amperes. Some high amplitude alternators can produce up to 300 amperes of current. The voltage of a normal alternator is 12 volts. For high power systems, the alternator voltage may range from 24 volts to 48 volts.

What is the minimum RPM of a 12V alternator?

What is the minimum RPM of a 24V alternator?

The minimum RPM of a 24 Volts alternator with two poles is 3600 RPM. The design frequency, in this case, is 60 Hertz. Alternators with four poles have a minimum RPM of 1800 RPM. This means that more poles correspond to less value of minimum RPM. In short, the minimum speed of the alternator depends upon its design and frequency.

At what RPM does an alternator charge?

An alternator starts charging at the speed of 2000 RPM. The alternator comprises a stator; a set of coil windings around a revolving rotor; a regulator that regulates the amount of power supply from the alternator to the battery of the car.

A rectifier that converts current from alternating current to direct current, a rotor that spins inside the alternator; slip rings that provide direct current and power to the rotor and a pulley that connects the drive belt system and rotor shaft.

The alternator generates energy to keep the electrical system of the car running. It also helps to charge the battery of the car.

In other words, the alternator and the battery of the car work jointly to feed power to the electrical components of the car. An alternating current is produced when the alternator pulley is rotating. This current travels to the rectifier via a magnetic field.

The rectifier converts the alternating current to direct current. The car’s engine control unit drives the alternator to charge depending on the energy requirements of the car.

The alternator then adjusts its charging rate based on the demands of the vehicle.

How do you calculate alternator RPM?

To calculate the alternator RPM, follow the steps given below.

How much HP does an alternator use?

For example, if an alternator has 20% efficiency, then the horsepower required to generate 1500-watt power will be 10 HP.

How to make an alternator charge at low RPM?

The alternator may sometimes have to be charged at a lower RPM. To make an alternator charge at low RPM, you can try out the ways given below.

Are 15 Volts too high for an alternator?

Yes, 15 volts is too high for an alternator. Most car alternators need a voltage range of 13-14 volts. Beyond this voltage range, the battery plates start flaking and can get damaged over time.

At more than 14 volts, the electrolysis of water in the electrolyte of the car battery happens more rapidly. This happens when the battery plates are fully charged and cannot accept any more power. The battery also gets heated and the car alternator gets overcharged.

Why is my alternator overcharging?

The car alternator may overcharge due to several reasons like poor battery condition, regulatory problems and too high alternator voltage.

Some of the reasons for an overcharging alternator are given below.

How do I know if my alternator is overcharging?

An overcharging alternator can be spotted by a damaged bulb, liquids draining and low battery heating. Let’s discuss these symptoms in detail below.

How to fix an alternator that is overcharging?