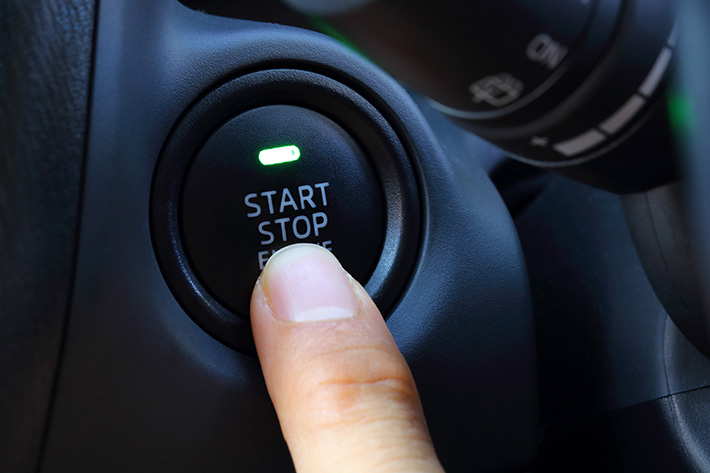 What happens if you turn off your car while driving?

Turning off a modern car while driving can cause the driver lose control of the vehicle. The turning OFF action locks the steering wheel and turns OFF the power steering.

In addition to this, power brakes are also affected. This is likely to lead to an accident as there is no control over the steering wheel and power brakes. So what happens if you turn OFF your car while driving depends upon the car model you are driving.

Can you turn off a car while driving?

The transmission also gets locked and you will have no control over the car. This can even lead to accidents if you are driving at high speed.

If you drive at a slow speed, turning OFF the car while driving will stop the vehicle. It will not put the car or the riders of the car in any dangerous situation.

What happens if you press the power button while driving?

If you press the Power button of your car while driving at a low speed, the car will come to a halt. This is because most cars are programmed to stop at a certain threshold value of speed.

If you press the Power button of your car while driving at high speed, the car will ignore the instruction and won’t consider the press of the button.

This feature enables the car to avoid accidents due to the sudden pressing of the power button.

What happens if you turn the ignition while the car is on?

If you repeatedly turn the ignition while your car is ON, there will be a screeching noise coming from the flywheel. The flywheel performs the role of cranking the engine.

Turning the ignition while the car is ON can even break the teeth on the flywheel gear leading to the inability of the starter motor to crank the engine shaft or even damage the starter motor at some point of time.

Is it bad to turn the key when the car is already ON?

It’s bad to turn the key when the car is already ON. This is because doing so can severely damage the car components such as the starter.

A starter is an electric motor that powers the engine to work on its own. When the engine starts working by itself, the starter goes into the rest position.

If you turn the key when the engine is running, the starter comes to a sudden halt. This can break the gear teeth, thereby damaging the whole starter system. The starter system will need to be replaced, and the replacement can be very costly.

Is it bad to turn off your car in neutral?

It’s not bad to turn OFF your car while in neutral, but it’s better to turn the car off while in park.

It’s very bad to turn OFF the car in neutral while driving. This is because doing so can harm the other vehicles around your car. It can cause accidents as you will lose control over the steering wheel, the brakes, and gears.

Is it bad to put a car in park while still driving?

In addition to this, this action can damage the parking system of your car. When you try to put your car in park while driving, the parking brakes tend to engage with the teeth that park the car.

A car is equipped with a parking pawl that is a cogged wheel with a lever. When you put the car in park while still driving, the parking pawl engages with the already spinning gear. This produces a scratching noise, and the metal components may even break. The broken metal pieces can get trapped in the transmission machinery of your car. This will lead to major transmission problems.

Is it bad to put your car in park at a red light?

It’s a bad idea to put your car in park while being at a red light. The unnecessary shifting between gears, park and neutral mode can wear the transmission system of your car.

When the car is in park mode, the driver has no control over the car. This can lead to the inability to react to possible hazardous situations.

Putting your car in park at a red light doesn’t save fuel compared to when the brakes are engaged while the car is still being driven. As the brake lights don’t glow when the car is put in park, it can lead to accidents. A vehicle approaching from behind will not know that your car is at a stop and may slam into your car.

In addition to this, if any car hits your car from behind, you will have no control over the foot brakes to stop your car from slamming into cars in front of you. It also affects the transmission system of your car along with the parking pawl.

What happens if you turn off the engine while driving?

When you turn OFF the car engine while driving, the car will stop if driving your car slowly. There won’t be any damage to the car.

If you turn OFF the engine while driving at high speed, the outcome can be serious, like losing control over the car. When you turn OFF the car running at a higher speed, the parking brakes, steering wheel, and gears get locked. The engine power gets lost, and the car will begin to decelerate.

This can even cause accidents and other problems for the car owner.

What happens if you turn a car off without putting it in the park?

When you turn OFF the car without putting it in the park, the engine gets locked along with the power steering and brakes.

In such a situation, you must not try to put the car in park mode as it can further damage your car’s transmission system.

You can take your car to an empty space while the emergency brakes are working. Drive the car at a low speed and turn OFF the car using the key. When the car completely stops, you can put your car into park mode.